Protest is taking a technological leap — George Floyd now has his own hologram.

A presentation honoring Floyd — who egregiously died under the knee of Minneapolis policeman Derek Chauvin in May — will soon be touring Confederate monuments across the south.

Amazing hologram of George Floyd in Richmond. You can hear the Floyd Family speaking in the background. #richmond #GeorgeFloyd pic.twitter.com/0uFK7ePsAc

The hologram — which consists of lights converging into a depiction of the man’s name and face — was created by the George Floyd Foundation along with Change.org.

From the press release:

“[The project aims to] transform spaces that were formerly occupied by racist symbols of America’s dark Confederate past into a message of hope, solidarity and forward-thinking change.” 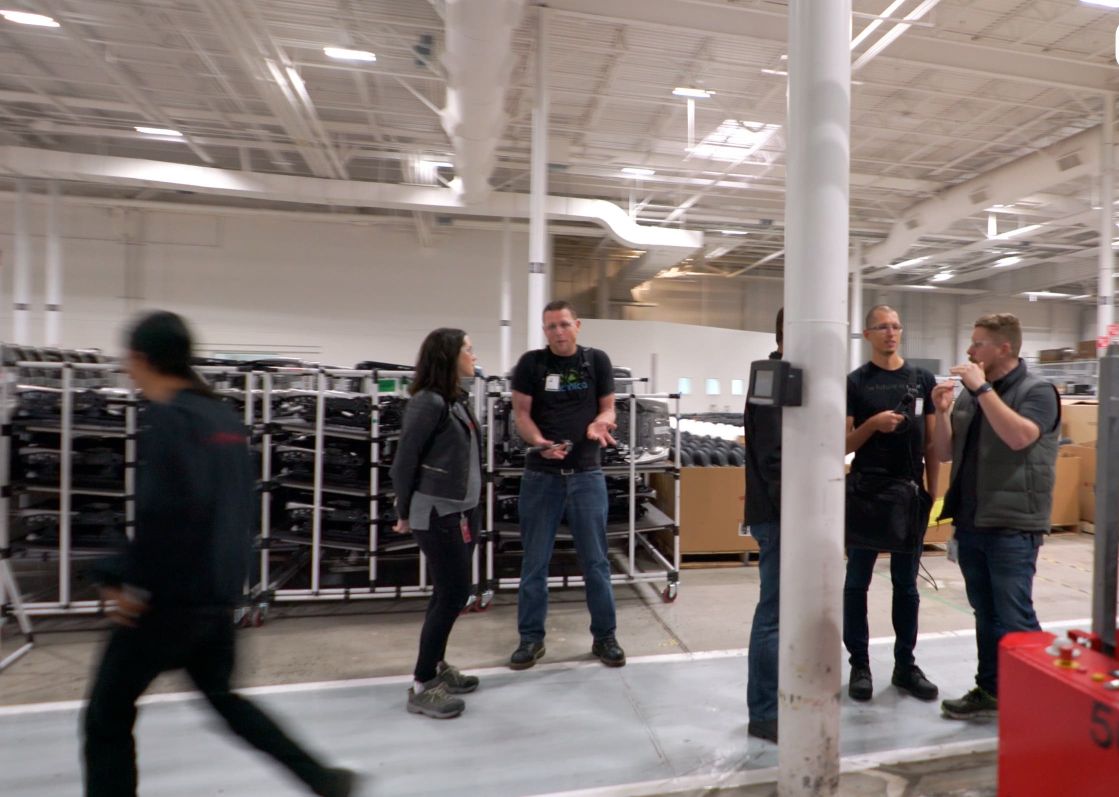 The foundation created by George Floyd's family has launched a new initiative to project a hologram of Floyd at a handful of Confederate monuments throughout the South https://t.co/D9GWPtfys5 pic.twitter.com/XhlegI5Ghh

Here’s a bit more on how it’ll all work, courtesy of the Wire:

The hologram, which is actually a projection on a semi-translucent screen, will be overlaid onto Confederate monuments in five stops throughout North Carolina, Georgia, and other states, following a path roughly the same as the 1961 Freedom Rides, in which civil rights activists rode interstate buses into the South to protest racial segregation and register black voters.

At Tuesday’s unveiling, George’s brother, Philonise, told WRIC he’ll be at every stop along the way:

“My brother was executed in broad daylight. They still won’t get their feet off of our necks. So, we have a problem right now because I’m not going to stop. I was a truck driver, I’m going state to state. I’ve been to Virginia before but I haven’t been here to testify for my brother.”

As for being unstoppable, the same may not be said of Confederate monuments — the Lee statue is the last of its kind still intact on Richmond’s now-poorly-named Monument Avenue. Two months ago, protestors toppled the likeness of Jefferson Davis, after which Mayor Levar Stoney ordered all such memorials on city property to be taken down by July 1st.

The Lee monument remains standing only because it’s on state property. Gov. Ralph Northam’s commanded its removal, but a judge temporarily put a stop to that.

Back to George, his other brother — Rodney — touted the tour via a statement:

“Since the death of my brother George, his face has been seen all over the world. Now by partnering with Change.org, the hologram will allow my brother’s face to be seen as a symbol for change in places where change is needed most.”

Source: Red State: George Floyd Gets His Own Hologram, and It’s Set for a Confederate Tour