With Democrats scoring a slim majority in the Senate (thanks to Kamala Harris) many have contemplated what they might do to expand their power. While Trump was planning to add a third justice to the Supreme Court, Democrats claimed that to get back at him, they would make radical changes to our government and country.

One of the changes they wanted to make was to add new states to the country, so they could have up to four new Democrat senators in office.

Adding new states is no simple feat, but with a majority Democrat Senate it would be easier to achieve. Now that the Trump administration is on its way out—and Democrats managed to oust two Republicans from Georgia—they are closer to securing their wildest hopes and dreams.

But one Democrat, who has been on the fence over major issues for years, just might spoil their plans.

Sen. Joe Manchin (D-WV) appeared to change his tune on Sunday about being open to making Puerto Rico and Washington, D.C., new U.S. states, which many see as a power grab by Democrats given the likelihood that the move would give the Democrat Party four additional U.S. Senators…

When asked by Tapper if he supported statehood for Washington, D.C., Manchin responded: “I don’t know enough about that yet. I want to see the pros and cons. So, I’m waiting to see all the facts. I’m open up to see everything.”

When asked about making Puerto Rico a state, Manchin responded, “Still not convinced that’s the way to go. And I would say that with that I’m absolutely agreeing to sit down and listen to the debate. I don’t believe that is the direction we should be going right now.” [Source: Daily Wire]

Dr. Oz Under Fire After Shocking Announcement
Famous MD was slammed and defamed after exposing Big Pharma...
Find Out More

We’ve talked in the past about Joe Manchin’s possible role in preventing a runaway Democratic Senate. Because he comes from a very red state (which went for Trump in the last two elections), he can’t be a radical, far-left Democrat and keep his job. For years, he’s talked about supporting President Trump and finding compromises.

Now, with Democrats earning a slim edge in the Senate, he might be the only person to prevent some of their major goals in the coming years.

The real question is, will Manchin actually stand up to the rest of his party? Many pundits have looked to him to “balance” out the upcoming Senate—considering his moderate position.

But there’s no telling how he’ll vote, should these radical issues pop up. Democrats have promised to eliminate the filibuster, adding new states, and packing the Supreme Court. Manchin has suggested that he wouldn’t just blindly vote on these issues without “debate” and compromise.

Previously, he talked big but simply voted with the rest of his part. Now that things are aggressively changing in the government, he is considered one of the most powerful members of the Senate. Will he be able to fulfill his role effectively, to prevent massive changes? Or will he continue to cave? 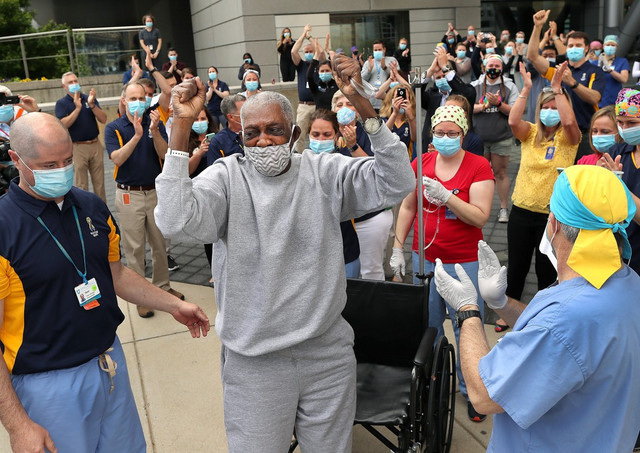 Undercover Treatment That Helps With COVID Just Released
This solution was just made public by a very famous MD who is now a moving target...
Find Out More